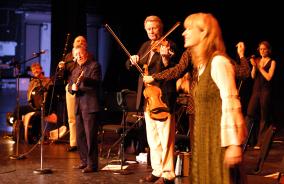 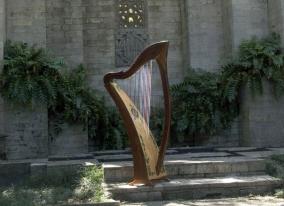 With a lineage that has been traced back to the MackIntosh castle in Inverness, Scotland, Victoria has returned to her heritage to specialize in the music of Ireland and Scotland.

Traveling to Europe to train with the experts in Irish and Scottish harp and song, Victoria has performed as the featured soloist and clinician for International Folk Harp Festivals.

Victoria Lynn toured with the Grammy Award Winning Irish Band “The Chieftains” as harp soloist in a tribute to Derek Bell.

An entertainer who captivates her audience with her passion for music, her latest CD “Celtic Crossings” inspired a 5 Star Review from the Renaissance Magazine:

“Probably the best CD of its kind . . . with aplomb and talent aplenty . . . unearthly vocals to convey a sense of wistful longing. . .” Richard Mackenzie.

The universal appeal of Celtic music is exemplified in the popularity of Celtic Woman, Celtic Thunder, Riverdance, Lord of the Dance, the Chieftains, and recent movies including “Brave” and “Braveheart”.

The music of Ireland, Scotland and England is a perfect match for themed events including “Harry Potter”, “Pirates of the Carribean”, “Twilight”, Fairytales like “Snow White”, “Midsummer Nights Dream”, Medieval and Renaissance.  Victoria Lynn can provide solo Celtic harp and vocals, her Celtic band Tryskelon, and dancers. 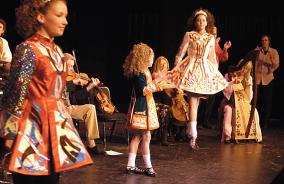